Simone Marcato reports on the current training provided by 72° Stormo at Frosinone, and today's modernizations of the Scuola Volo Elicotteri. Photos by author, taken during a visit in July 2016.

Near the city of Frosinone located on the edge of the Appennine Mountains (approximately 90km south of Rome) inside the historic area called Ciociaria (roughly the southern part of the Lazio region), there is an relatively small airfield of the Italian Air Force (ItAF), which is home to 72° Stormo (72nd Wing).

Named after Gold Medal for Military Valour awarded Sergeant pilot Marcello De Salvia, 72° Stormo has a paramount role within the Italian armed forces. The unit is the sole helicopter training unit and thus a major contributor to the Italian armed forces as well as State Corps rotary-wing contingents. The Wing's motto, 'Multum in Parvo' (A lot in a Small Place), describes the activities at Frosinone perfectly:
Despite the relative small dimension of the airfield the daily flying activity is intense during the entire year and is carried out from Monday until Friday, from early morning and till late in the evening when night flights are performed.

The history of helicopter training within the ItAF can be traced back to the creation of the Helicopter Training Unit at Roma-Urbe airport on 1 February 1953 as the first rotor winged unit equipped with Bell 47D-1 and WS-51 helicopters, soon followed by the AB-47G in December 1954. In April 1955, the unit moved to Frosinone Air Base, where it became known as the Helicopter Center.

During the same year its first flight squadron was established, the 208° Gruppo. The squadron was equipped with AB-47G2, AB-47J, and subsequently the AB-204B for both SAR and pre-operational duties. They were replaced by the NH-500E, today designated TH-500B in Italian Air Force service. On June 21st, 1985, the Scuola Volo Elicotteri (Helicopter Flight School) became 72° Stormo. In May 2006 the helicopter school reached the 400.000 flying hours milestone. In the unit's entire history roughly 5000 helicopter pilots have graduated.

Besides the training role, the 72° Stormo also conducts Search and Rescue (SAR) and cross-country civil protection missions and are regularly involved in humanitarian and peace-keeping operations missions out of area. Examples are the involvement in operations supporting Italian and NATO's contingents in Albania during 1999, in Eritrea between 2000 and 2001 (UNMEE - United Nations Mission Ethiopia-Eritrea), and in Kosovo during 2000-2003 under the KFOR mission.

The Wing’s GIP plays a key role, its duty is to guarantee sustained supervision by qualified tutors for the students during the ground school courses but also to facilitate the ongoing training of the instructors, as well as managing and coordinating all of the training on the simulator. In 2008 the GIP introduced the "E-Generation INSIAU e-learning system", a software-based training programme which enables the training courses to be completed on the computer. The unit has two classrooms with 25 Personal Computers Workstation available to the students.

First students start studying for seven weeks long (involving some 229 hours) what is called the E-Learning Phase for MPL (Military Helicopter Licence) and these theoretical courses include topics such as aviation medicine, Air Traffic Control (ATC), procedures, navigation, aircraft equipment & engines, meteorology. This is then followed by the 'Front Phase', which involves a further three weeks and 90 hours of study, culminating in a final exam.

The second course is the E-Learning Phase for Type Rating on the TH-500B (basically the students study the helicopter in all its aspects), which is completed over a four week period involving 85 hours of study. As with the MPL course, this is followed by a 'Front Phase' course of one week and 36 hours of study.

The main benefit of using the E-learning system is that the courses can be updated easily, with a huge cost reduction compared to a paper-based system and without the risk of outdated study material being used. Students can access the e-system at the base or at home via the internet, in either the Italian or English language. Furthermore the student’s progress can continuously be monitored in terms of where they are to date and how many hours of study they have completed, even down to how long they have spent on each page of the study material. International students can complete any course work from their own country, prior to arriving at Frosinone for the flying element of the training course.

For the first time in its history, the 72° Stormo gained access to a modern simulator in September 2013, when the TH-500 flight simulator had been realized. Developed by Selex ES in co-operation with the ItAF Command of the School and flight instructors from 72º Stormo it is based on a withdrawn NH-500E airframe. The simulator, although not a full-motion system, provides huge cost savings. The software can reproduce different situations/scenarios, including simulating emergencies which are not possible to practice in real flight or without some risk for the airframe, and allowing students to experience various flight conditions in any type of weather, including ground operations, pre-flight and post-flight, take-off, landing, and emergency procedures together with both VFR (visual) and IFR (instrument) flying. The instructor is able to control all sub-systems from an external station or he can access all features of the simulator whilst sitting next to the student using a tablet PC connected using WiFi to the external station.

During qualification training different kinds of flying missions are carried out by the students, along with periodical exams under the supervision of the instructors (who are all qualified front-line operational pilots). The training missions include instrument flights, visual flights, low flying, mountains flying, formation flying, missions over water, night flying, winching and under-fuselage cargo hook-up missions.

In accordance with the new reorganized training syllabus introduced by the ItAF, Frosinone provides Phase 3 training split into two parts according to whether it is carried out with TH-500B (Phase 3A) or with the modern UH-139 (Phase 3B), with the release of different types of flying licenses:

After having completed the Phase 3 (A and B) the new ItAF helicopter pilots will be assigned to an Operational Conversion Unit (OCU) with the front-line unit to complete their SAR/CSAR training, before being assigned to rotary-wing operations, flying for example the HH-212s, UH-139s or HH-101s currently in service with ItAF.

As previously mentioned the 72° Stormo also provides helicopter training on behalf of the other Italian aviation arms of the military and state corps (Army, Navy, Carabinieri, State Forestry Corps, Guardia di Finanza, State Police, Fire Fighters, Coast Guard) and as a service for foreign armed forces, but the training syllabus can be slightly different according to the specific needs of each aviation arm or corps that the student belongs to.

May 1990 saw the introduction of the signature helicopter of the Wing, the now omni-present multirole light helicopter TH-500B (ItAF designation for the Hughes NH-500E based on the earlier Hughes OH-6 Cayuse and licenced-built by Breda-Nardi, now part of the Leonardo Company). The first of 50 examples followed a couple of NH-500D that had been assigned to train an initial cadre of pilots and technical personnel from August 1989. This single-engine helicopter is characterized by high agility and versatility. Besides its most significant task and primary role of initial training for helicopter pilots, the TH-500B can be easily configured to carry out various other operations: shooting training, reconnaissance, observation, liaison, SAR and Combat SAR operations, defense of bases and military installations, and the rear passenger cabin allows light transport duties.

The TH-500B can be configured with snow skis for mountain operations or in case of emergency operations in adverse weather conditions such as heavy snow, or can be fitted with floats for conducting waterborne operations. Standard equipment includes IFF, VHF/UHF communications, a VOR, ADF and DME radar navigation fit, together with Instrument Landing System (ILS) aids. The cockpit is NVG-compatible (Night Vision Goggles) and includes GPS (Global Positioning System).

Recently 72° Stormo received a pair of modern UH-139 (ItAF designation for the AgustaWestland AW139) conventional twin-engine multi-role helicopters (designed initially for the civilian market) to provide multi-engine training and conversion training for the crews destined to fly the HH-139A SAR and VH-139 VIP variants in operational service. The two UH-139s (previously in service with the Protezione Civile) on strength are used for advanced training in IFR and with NVG owing to its digital avionics and glass cockpit. The UH-139 is equipped with both cockpit voice and flight data recorders, weather radar, Mode-s transponder, two GPS modules (GNSS/SBAS - Global Navigation Satellite System/Satellite Based Augmentation System), Traffic Collision Avoidance (TCAS), and digital moving map. The helicopter can also be equipped for Medical Evacuation (MEDEVAC) with up to four stretchers and be called upon for SAR duties.

The GEA or Gruppo Efficienza Aeromobili (Aircraft Maintenance Squadron) at 72° Stormo in Frosinone conducts the majority of maintenance and overhaul work on the ItAF TH-500B fleet. The TH-500 is a fairly simplistic helicopter compared with modern helicopters and does not require any complex equipment to conduct the majority of work to maintain the fleet's airworthiness. For this reason the GEA can conduct Level 1, Level 2 and Level 3 airframe overhauls (at 25, 100 and 300 hour intervals respectively), together with Level 1 and Level 2 engine maintenance, and Level 1 avionics overhauls. The exception being Level 3 engine overhaul at 300 hour interval and Level 2 and 3 avionics overhauls, these are being conducted by 6° RME at Pratica di Mare. Another duty of GEA is to provide basic training for the specialists of other rotary-wing units, with students of ItAF and from the other Italian armed forces.

The importance given by the Italian Air Force to every type of flying training is demonstrated by the number of daily mission and flying hours performed in any of its Flight Schools, along with the growing internationalization of the flying courses to offer to other nations. This is naturally reflected also in Frosinone where there is a growth in the number of international students taking part in the training courses (both flying and maintenance courses) as well as the number of delegations that visit the school, military officials and training specialists from 38 countries have already visited Frosinone.

The number of foreign countries showing a strong interest in the Frosinone Flight School is increasing and the 72° Stormo, in line with the evolution of the entire "training sector" of the Air Force, is ready to accommodate more foreign students.

Acknowledgement
The Author would like to express his gratitude to the Commander of 72° Stormo, its staff and instructor pilots. In particular, heartfelt thanks to Capt. Carla A. 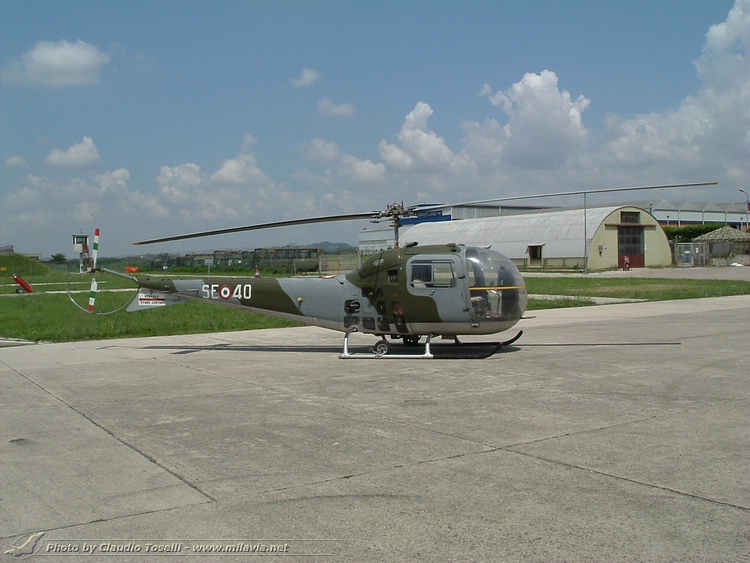 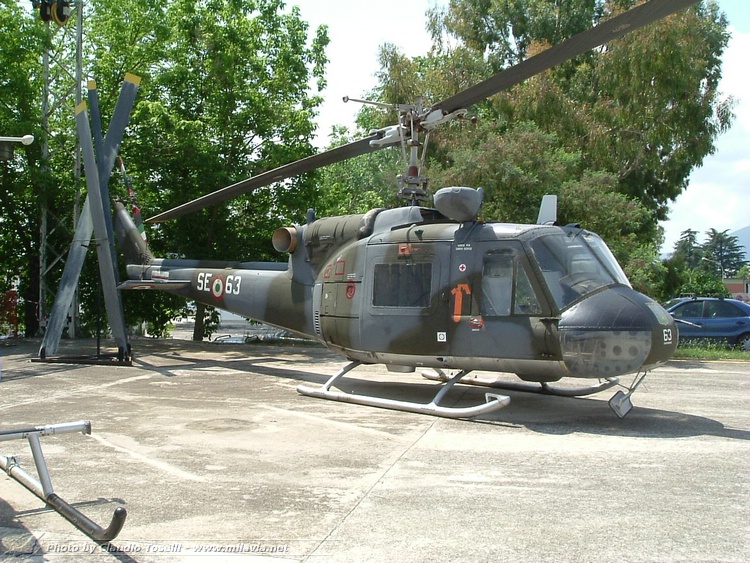